THE STEVE KOVEN TRIO AT THE JAZZ BISTRO

On the second of a three night residency at the Jazz Bistro, I saw the Steve Koven Trio, which has had the distinct pleasure of being together as a unit for 23 years recording, performing, and touring as a well oiled unit.    It is one thing to hear them on CD.   It is another thing to hear them live because the trio maintains an infectious energy that carries among each other and to its audience whenever they play.

In a program consisting of originals and choice standards, pianist Steve Koven, bassist Rob Clutton and drummer Anthony Michelli transform the pieces into integrated, interactive moments where rhythm, groove, harmony and melody come together as a whole.    Through their sets they manage to make the music exciting and accessible to the audience while at the same time find new creative approaches to bring each song to formidable life.

Among the originals, the band opened off the night with a Keith Jarrett-infused gospel groove piece entitled “Lola Land”, which got the night rolling to a fun toe-tapping start.   Steve in this original piece plays his heart and soul out with its singable melody and infectious gospel overtones, while Rob and Anthony provide the tight funky backbeat to give it a fun ride.     The groove continues on a Latin scale with the original “Cervantino”, which has a very funky montuno opening that feeds off on the infectious rhythms supplied by the tight rhythm section.    In the piece the audience was even treated to Anthony’s intense rhythmic drum solo that added to the dance-like qualities and celebratory nature of the piece.    Some other highlights included the reggae-inflected piece “Mr. Springer”, with a driving reggae backbeat supplied by Steve’s chords, Rob’s bass lines, and Anthony’s drumming.   One of my favourites of the night would have to be “Bug’s Blues”, which has an infectious melody and groove throughout that makes you want to snap your fingers and tap your toes to the infectious swing that the music supplies to its listeners.

In addition to the fiery energy that the trio carries throughout the night, they even have the ability to be reflective and tranquil in some of their selections.   For instance, on one of Steve’s newer pieces “Mist-ic”, it was a reflective, classically influenced piece that painted a picture of being at the beach passing the time away.    When I first heard that piece it was a solo piano piece, but with the live addition of bass and drums it really accentuated and gave the piece lots of textural colours.   On a romantic note, Steve’s composition “Lily” painted a beautiful, reflective portrait of his wife, reminiscent of a beautiful flower.   “Cameo” brought back the Keith Jarrett gospel influence but in a slow jazz waltz format, with a very intricate melody that adds to the spiritual tranquility and beauty of the piece.

In addition to the brilliant originals that show off the broad scope of Steve’s composing abilities, the trio has an uncanny ability to take classic standards and transform them into new vehicles for improvisation and group interaction.    In their take of Duke Ellington’s “Caravan”, Steve uses the left hand to supply a swinging bass line and solo piano passage to build up the swing until the bass and drums come in to allow more freedom and playfulness in his piano solo.    He even does the prepared piano bit close to the end of the song, bringing a sense of free improvisation and modern sensibilities to the classic repertoire.   The sentiment is also carried in Thelonious Monk’s “Well You Needn’t”, where the trio keeps shifting tempos, Steve plucking piano strings and the trio playing free jazz before ending with the melody.   On Billy Strayhorn’s “Take the A Train”, the trio has real fun with the piece by providing effects of a riding train, with Steve and Rob playing a running train bass line, Anthony using brushes to give the effect of wheels slowing down, and Rob breaking out the arco bass and playing it classically to add to the effect of the train.

Upon hearing Steve, Rob and Anthony as a live unit, their sense of interplay and group interaction keeps getting better and better as the years go on.   As a unit they know how to feed off from one another and pass on ideas that make them sound united and better as a functioning unit.    It is worth the price of admission to see the Steve Koven Trio perform because audiences get a chance to see three guys perform at the top of their game with no signs of slowing down or mellowing out in the years to come. 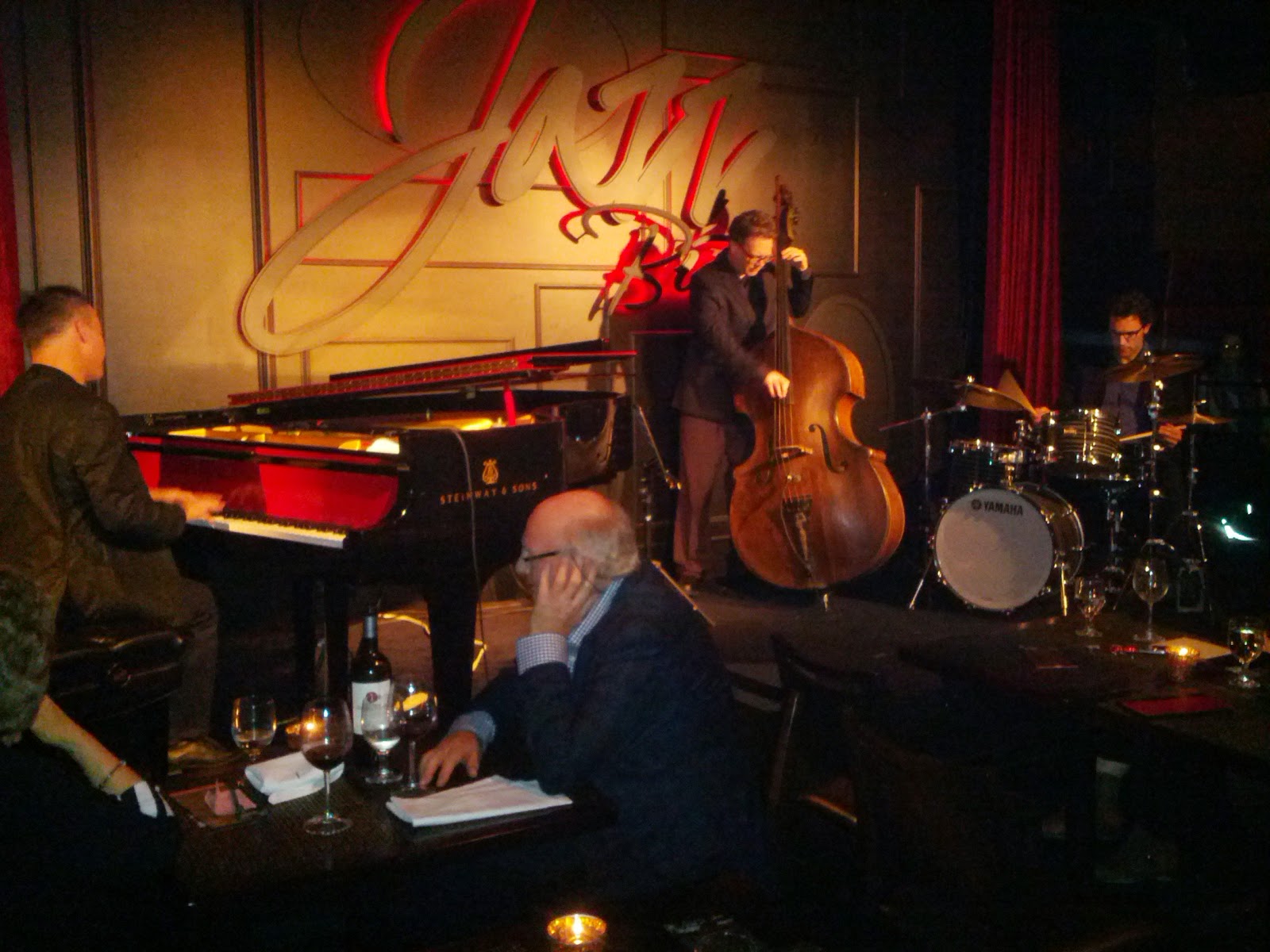