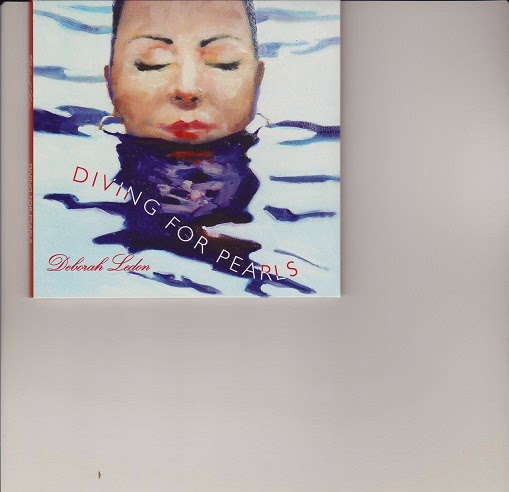 DIVING FOR PEARLS
Deborah Ledon
Independent, 2014
3.5 out of 5 Stars

In her debut record, Vancouver native Deborah Ledon brings a very smooth, laid back and sensual take on adult contemporary Latin Jazz that is infused with creative arrangements, clear vocals, and strong back up from a team of skillful musicians.

Instead of littering her debut jazz record with pure Great American songbook standards, she takes songs from various pop icons, a few jazz classics, Latin standards and even a few originals of her own.   For instance, Deborah brought a lot of freshness and uniqueness by interpreting k.d. lang’s “Constant Craving” in a Latin style; Gloria Gaynor’s disco classic “I Will Survive” was treated as a moody, romantic, yet light Latin number that was innovative and not kitschy at all; Joni Mitchell’s “Help Me” was treated as a spicy salsa groove; and Leonard Cohen’s “Dance Me to the End of Love” was taken as a moody tango backdrop that adds to the “misterioso” of Leonard Cohen’s music.

In addition to these pop classics, Deborah Ledon also contributes to the project by contributing originals to the project such as “Se Va Y Se Va”, “Te Estrano”, and “I Love To Love You”.   With these songs it showed great command of the Latin idiom and language, and she is also an effective communicator of expressing her emotions through her own work.

What I appreciate in Deborah’s voice is her clear sense of diction and feeling when she sings such songs.   The lyrics are treated with proper respect and she is really coming of her own as a Latin jazz stylist.   The only thing I wished in this project was more varied styles such as swing, but with this record and what she is trying to do she has effectively found her niche in Latin music and is willing to grow within it.  Deborah’s “Diving for Pearls” is a debut full of promise, poise, and possibility for one who is willing to take creative new risks with her music.